Earlier this week we received word that our recent Gold ADDY winning entry, our AeroDef Manufacturing 2014 Exhibitor Prospectus, went on to win SILVER at the District Two American Advertising Awards.

The District Two ADDY’s featured over 500 entries from over 157 participating agencies in New York, Pennsylvania, New Jersey, Maryland, Delaware, and the District of Columbia. Competing against projects that had earned Gold at regional ADDY competitions, this is one of the toughest regions in which to compete.

Frank. has been fortunate enough to work with SME (The Society of Manufacturing Engineers) since 2010 and has helped market several of their national events, including AeroDef Manufacturing, which caters to the Commercial and Defense Aerospace Manufacturing industry.

The creative strategy was to position the event as a high level event with content specifically tailored to senior level engineers and executives. The Prospectus is designed as a high-concept oversized, gatefold format, incorporating premium production techniques.

We’re honored for the opportunity to have our work showcased among some of the best from the district and salute our fellow Maryland agencies that showed at districts as well! 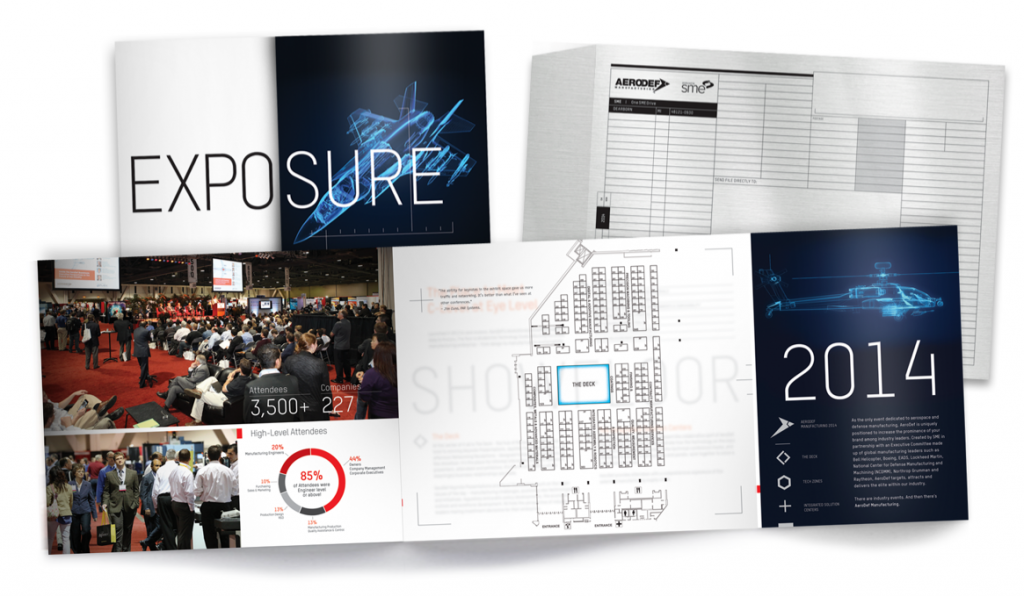