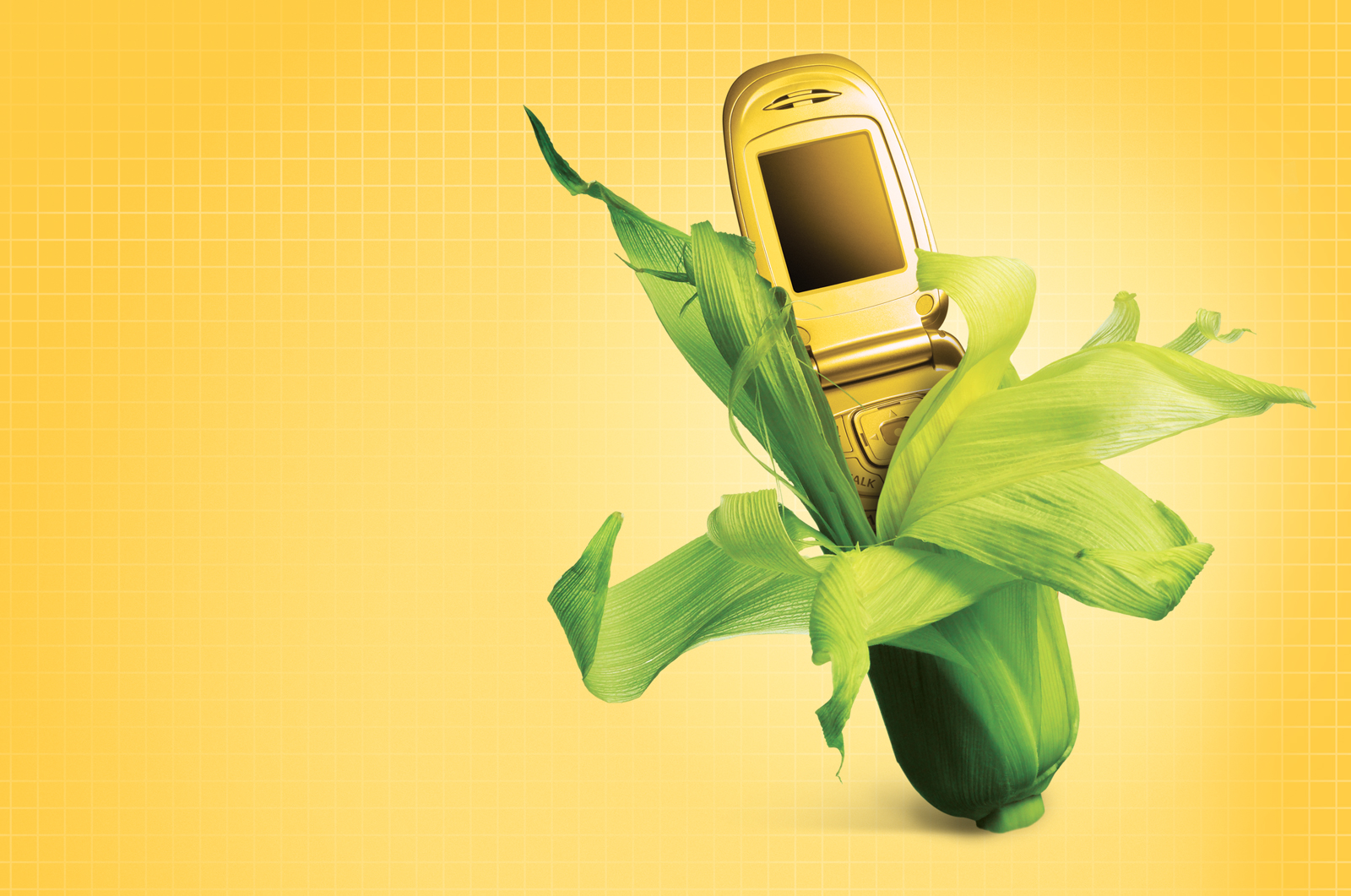 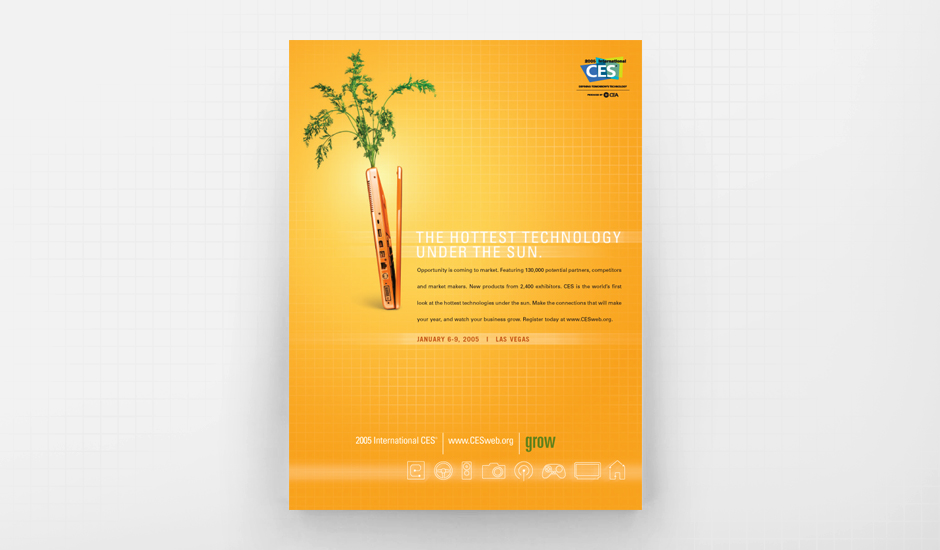 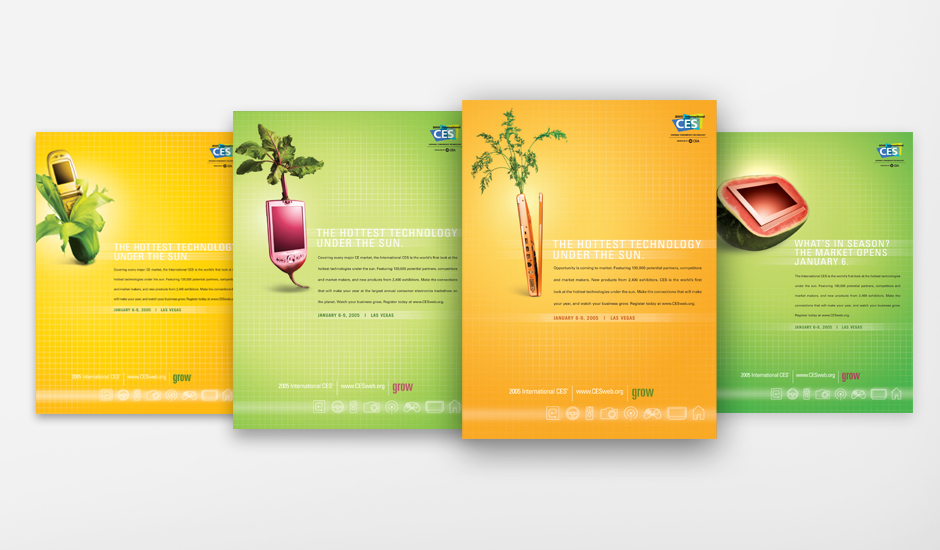 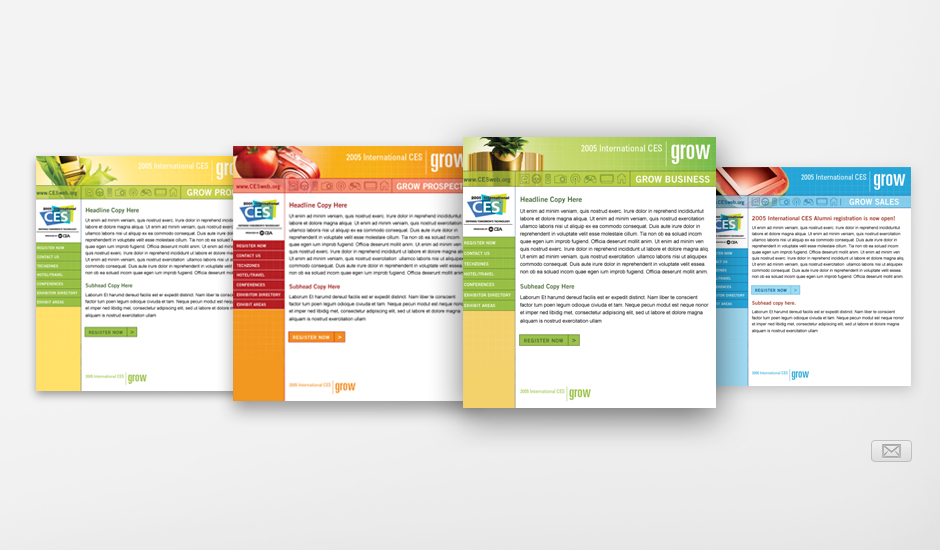 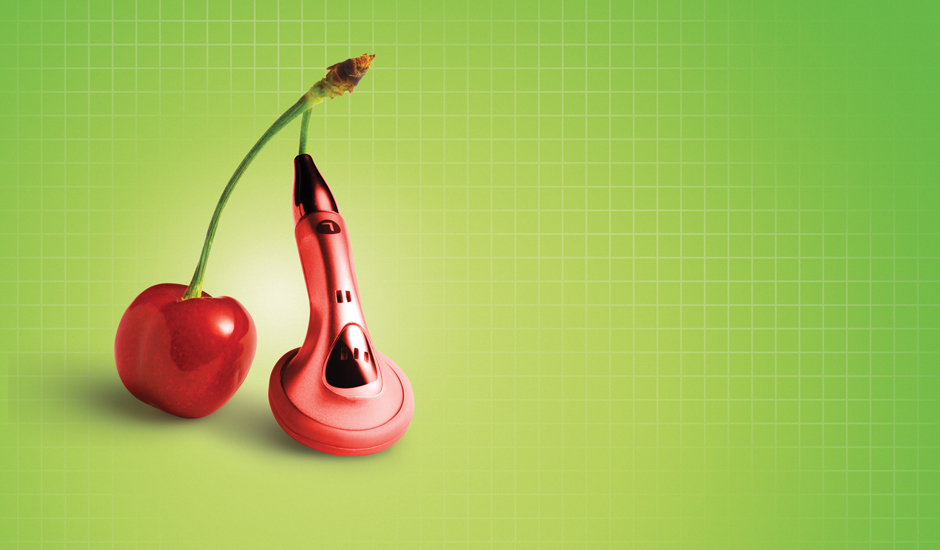 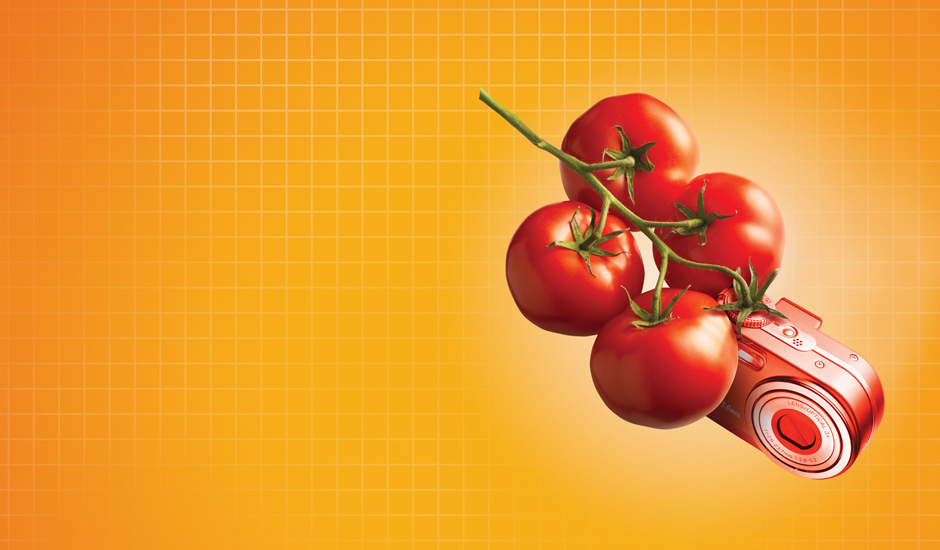 When we came on board as the agency of record for The International Consumer Electronics Show (CES) in 2001, the event was already tremendous. But it also faced a growing challenge—since it was such a large show, both exhibitors and attendees were starting to perceive the event as irrelevant to any single category. On top of that, the consumer electronics industry had grown so much that it covered many seemingly disparate categories. The event needed to be scaled down without reducing its size while incorporating all of the components that fit under the consumer electronics category. To meet the challenge, CES was positioned as several shows within a show to demonstrate the event has as many, if not more, stakeholders in each niche market than its vertical competitors. We created industry-specific navigational icons to define all of the technologies that would be under one roof, and developed a brand advertising campaign around them. As the show’s agency of record from 2001 to 2007, we helped grow attendance from 100,000 to 152,000; exhibitors from 1,800 to 2,700; and exhibit space from 1.2 to 1.8 million square feet.