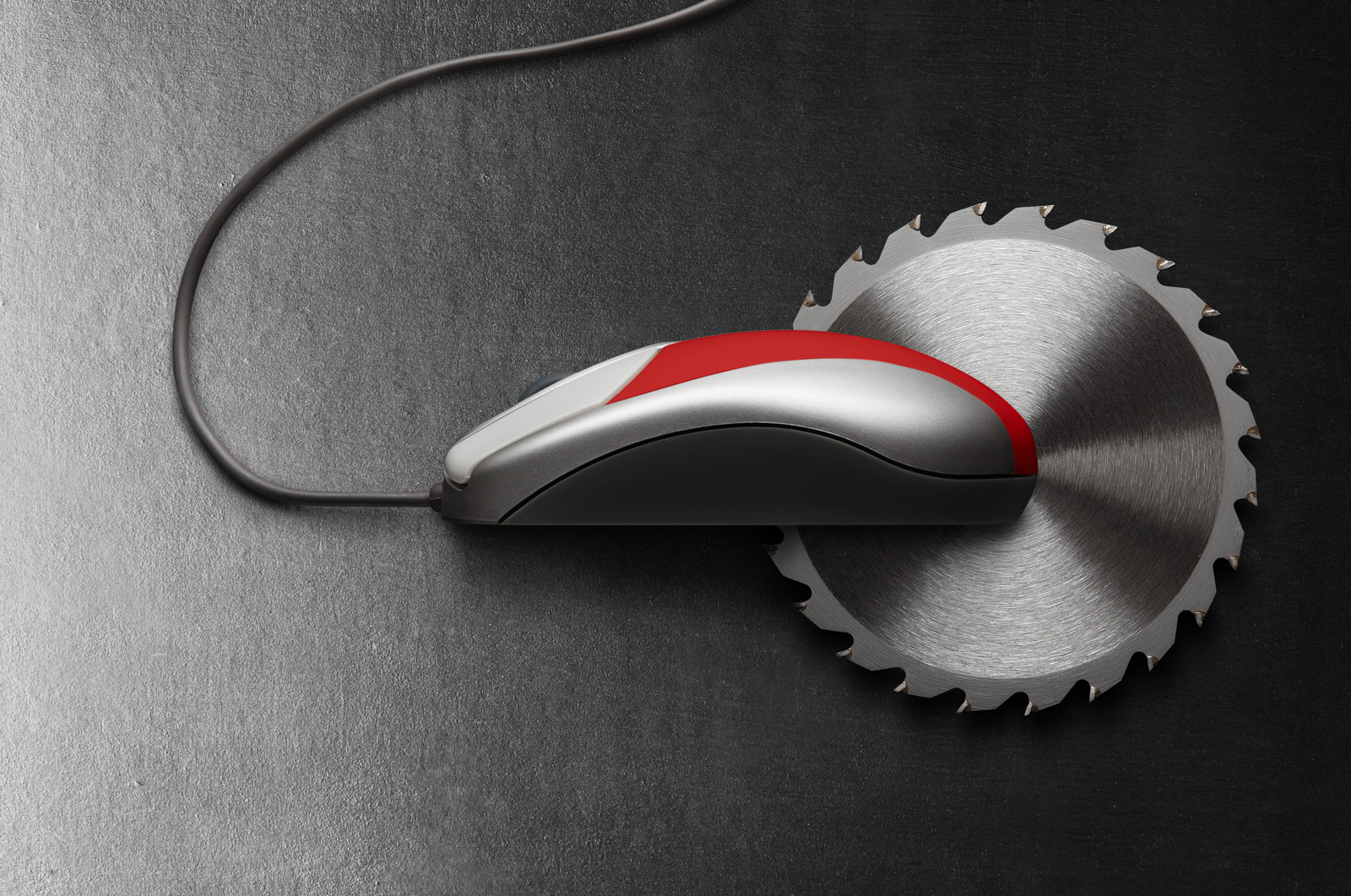 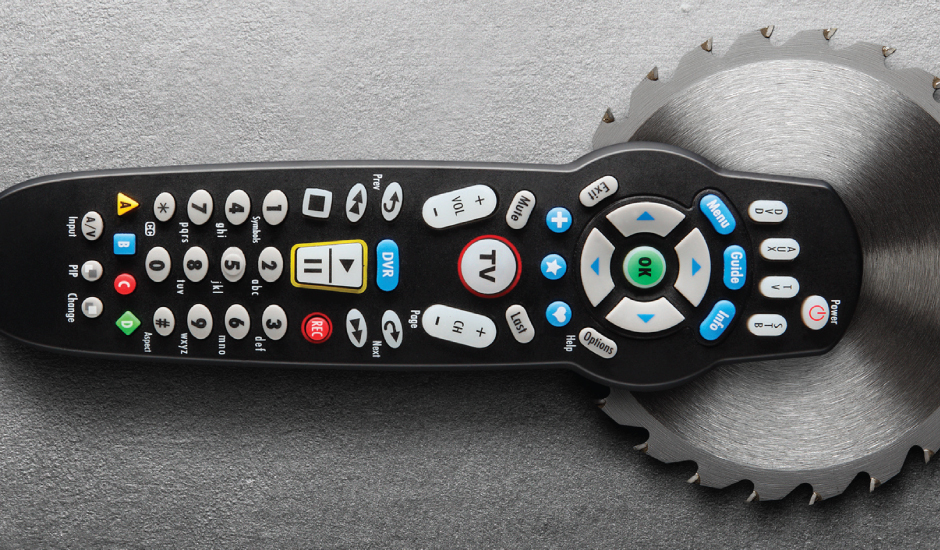 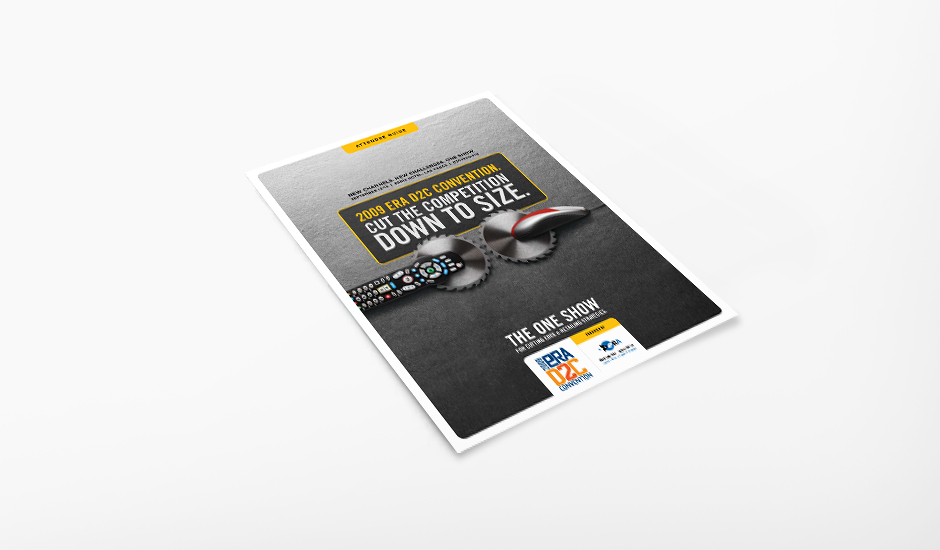 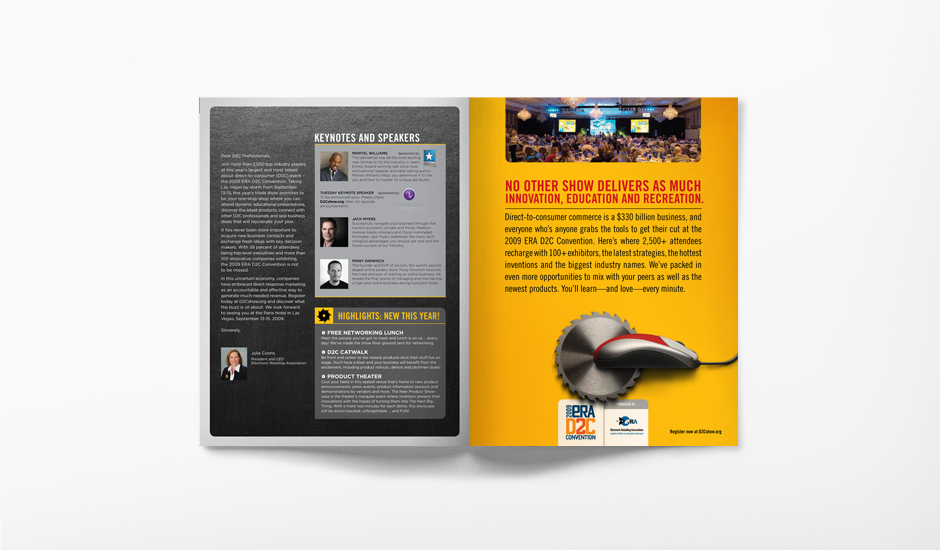 The leading trade association representing the global leaders of the direct-to-consumer marketplace, Electronic Retailing Association (ERA), held its first annual convention in 1990, soon after the birth of the infomercial. By 2009, they found that the event had declined drastically in attendance and needed to be fixed—fast. In just five months, we helped ERA rebrand and reposition the event. The new “D2C” brand utilized cutting-edge creative that signaled that the show’s focus and direction had changed. Attendance grew by 77 percent in two years … and continues to flourish. Thanks to D2C’s success, we were brought on as ERA’s agency of record.